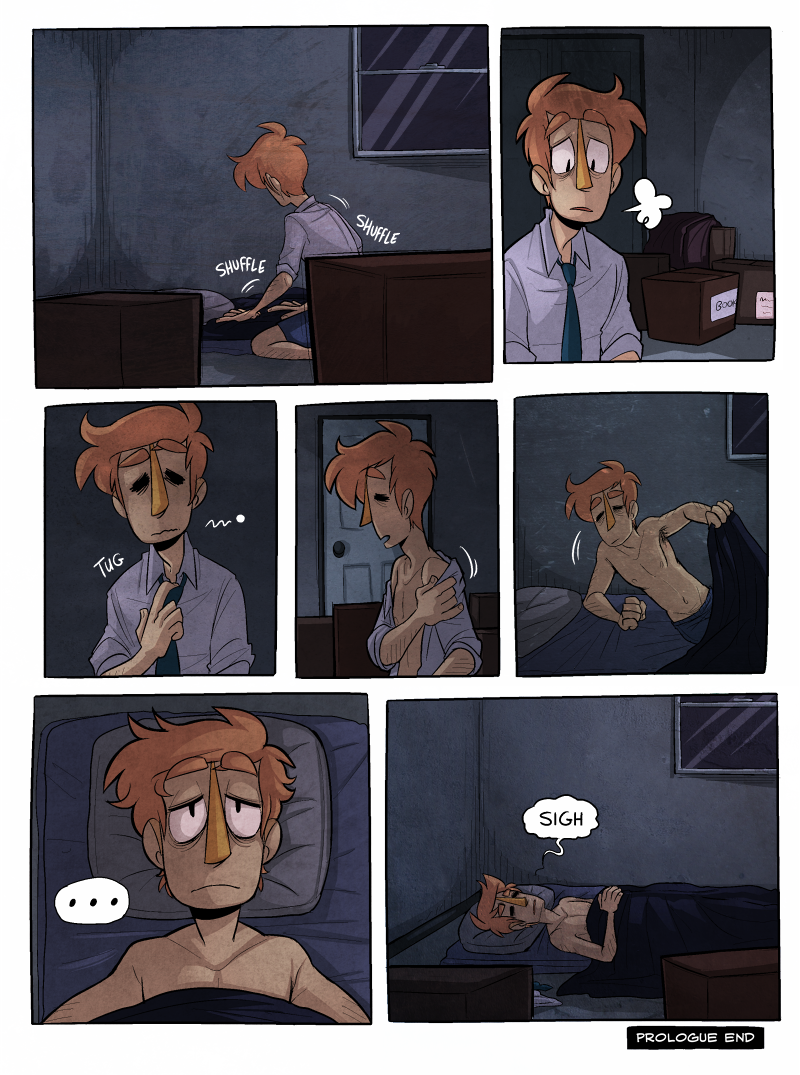 Whoa there, Wallace. They are CHILDREN here. Go be the miserable new kid on the block somewhere else. Gosh.

That's the end of the Prologue! WHOA- The prologue is OVER. Wow. This is sort of a huge deal for me right now.

I began developing Monsterkind in Fall of 2011. It wasn't until April 19th, 2012 that I actually started thumbing out pages, and then the first five pages were officially released to the public on July 6th, 2012. It's now May 17th, 2013, and the first "chapter" of Monsterkind has come to a close.

I just wanted to take a moment to everyone who has stuck with me so far. Whether it be through production, development, updates, streams, and the like, you all have made it immensely easier for me to power through all my troubles and continue creating this fun comic. Thanks for supporting and reading my comic. May we together enjoy many more chapters to come!

Chapter 1 will be starting on May 31st. During the two weeks in between now and then, you'll be seeing some site changes. Get pumped!

Thank you again for being awesome and reading my comic!

See you in Chapter 1!