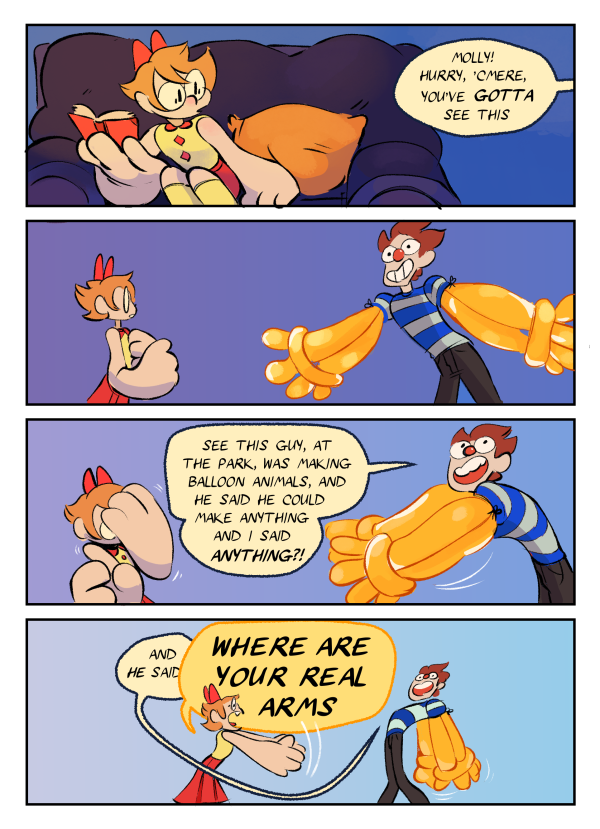 The balloon wizard at the park chuckles to himself as he stuffs Roy's real arms into his bag. Soon the ritual will be complete.

Happy Tuesday! I hope you made it through Christmas/the weekend in general!

Today's guest comic has been generously contributed by the beautiful and powerful Aliza Layne!

Aliza makes a really awesome and fun comic called Demon Street, and if you aren't already in the know about it, I highly suggest you check it out! Demon Street is brimming with colorful characters and monsters, beautiful settings, and really cool creature designs. The comic also contains some really cool action sequences-- Aliza is a master with motion and movement in their lines and colors. I think you'll fall in love pretty quickly if you give it a read!

You'll also want to adopt and protect every kid, I promise.

Thanks so much for doing this guest comic for me, Aliza!

Other places you can find Aliza Layne:

Have a great week, and thanks for reading!